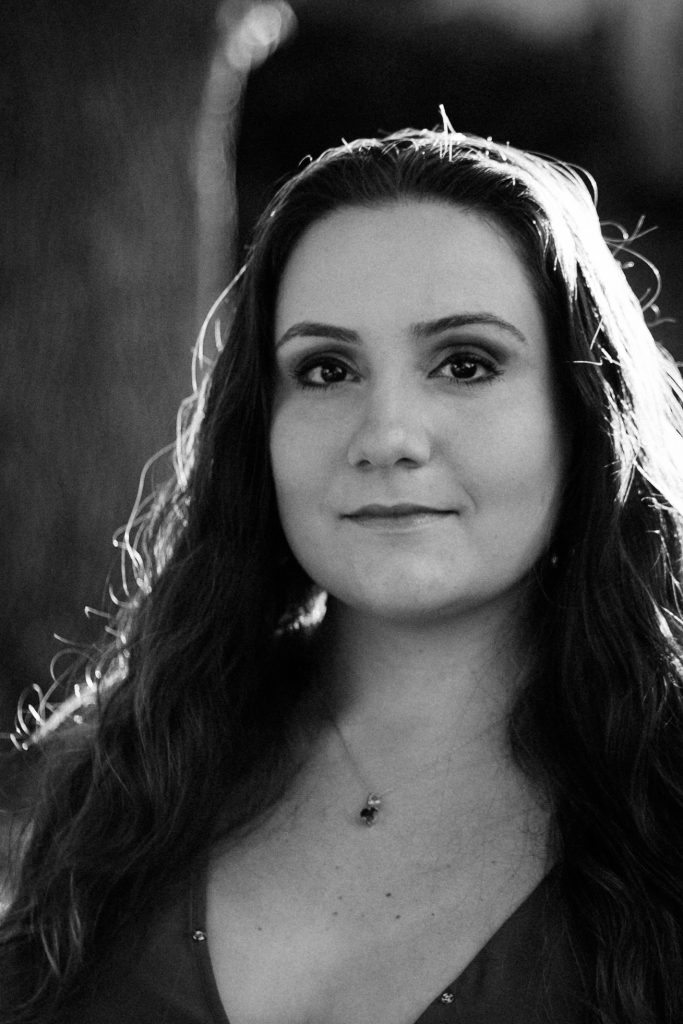 Ana Spadoni is originally from Brazil, where she started her vocal studies with the renowned soprano Neyde Thomas. In 2007, she moved to New York City to further her education at the Manhattan School of Music, where she received a Bachelor’s degree. Ana completed a Master’s degree in Vocal Performance at University of Denver’s Lamont School of Music, where she is now pursuing a Performance Certificate in Choral Conducting under Dr. Catherine Sailer.

Ms. Spadoni’s recent stage roles include The Fairy in A Midsummer Night’s Dream with Colorado Ballet, Donna Anna in Don Giovanni, Adina in Don Pasquale, Susanna in Le Nozze di Figaro, Lauretta in Gianni Schicchi, and Pamina in Die Zauberflöte, which was televised nationally in Brazil.

Although new to the conducting world, Ana has had exciting opportunities to further her studies, participating in a master class at the ACDA Colorado convention with Charles Bruffy. She was Mark Sheldon conducting intern with St. Martin’s Chamber Choir, as well as Interim Choir Director at Calvary Church Denver. In January she will be resuming her positions as Conducting Fellow for the Colorado Repertory Singers and Choristers Director at University Park UMC.