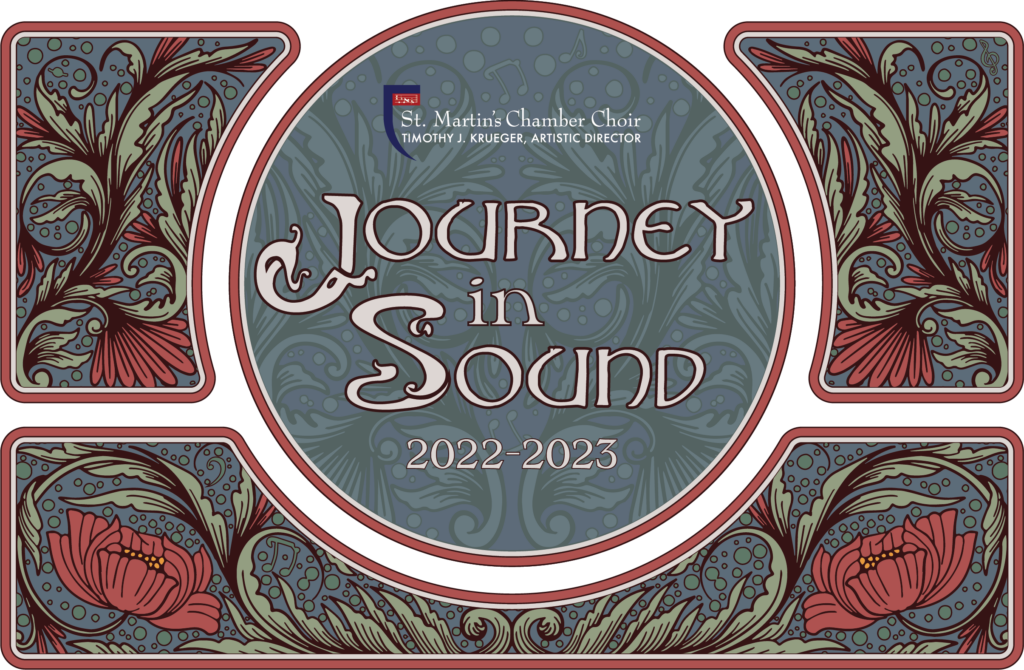 Like the old rhyme about weddings, this season contains something old, something new, something borrowed, and…well, you get the picture: a wide array of offerings for your enjoyment and stimulation.

As usual, we begin the season with the Festival Singers – the expansion of the chamber choir to 60-some singers – singing the Mozart Requiem in a 4-hand piano arrangement made by 19th-century piano virtuoso and composer Carl Czerny.

Included in the season are concerts typical to St. Martin’s – a concert of English folksong arrangements, a concert surveying varied settings of the same text (the Magnificat), and a holiday concert – and also some concerts with unusual repertoire or unique themes or concepts, such as a cameo with all men’s voices singing an early 19th-century Requiem; a concert featuring two mass settings, both by female composers; and a surround-sound experience with 32 singers spread in multiple choirs around the performance space, performing antiphonal works designed for large, reverberant spaces.

And I’m pleased to say that our experiment last year with a cocktail concert in the grand lobby of the Brown Palace Hotel was such a success that we are doing two more this season.

Come join us for as many concerts as you can in this wide-ranging  Journey in Sound! 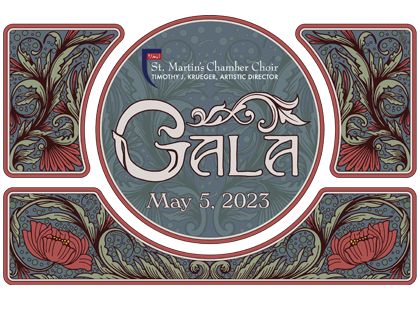